Recently I was on board an Austrian Airlines flight. I was pleasantly surprised to see the in-flight magazine featuring ‘Irresistible India’ as their cover story. Moreover, the main focus of the feature was Delhi and I immediately grabbed it to read up. It is so true when the article talks about how tourists somehow bypass Delhi as the main terminus before moving on to the more popular delights in neighboring Rajasthan, Agra or the northern hill stations. The author lists the top six reasons why they believe Delhi is definitely a destination to reckon with. 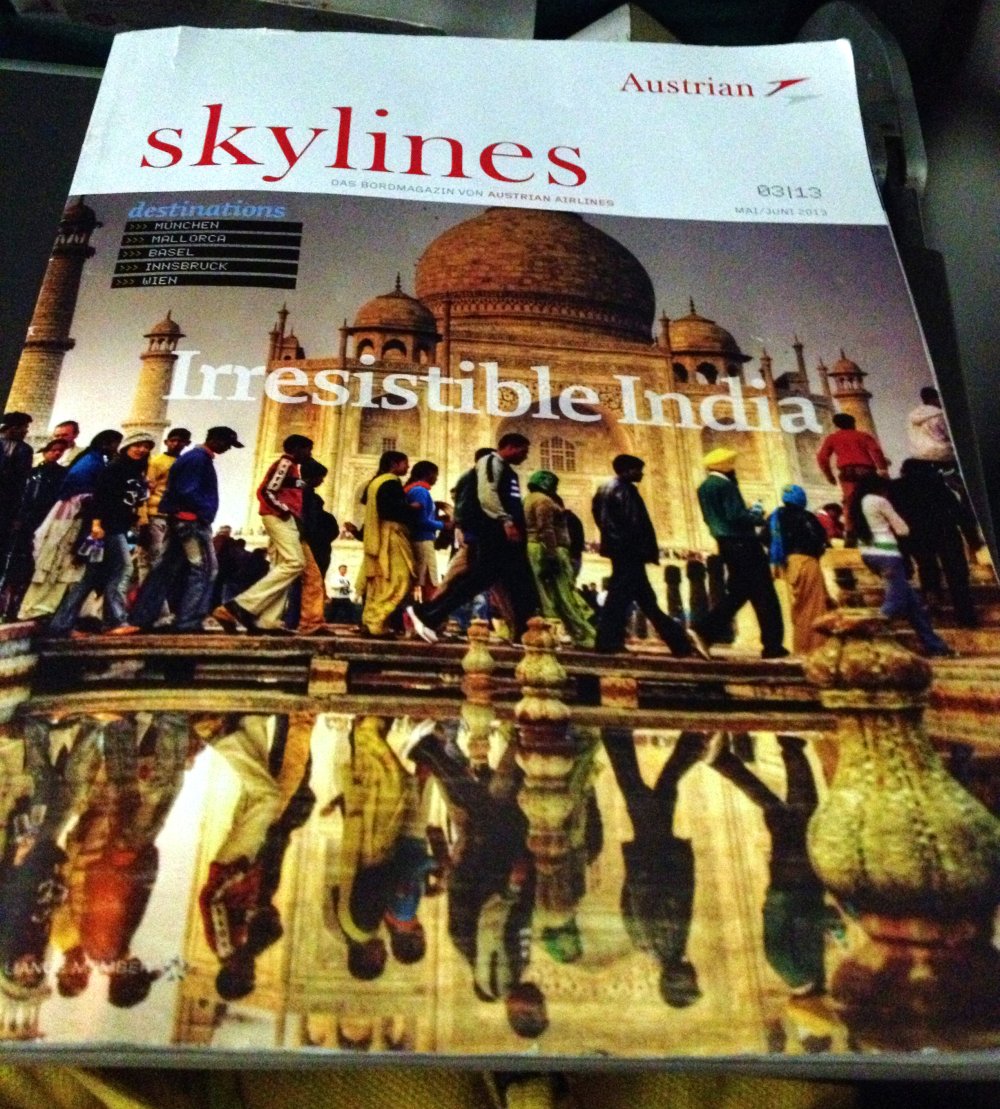 Old Delhi: The Delhi of the Mughals

Of course, this one had to be the top choice. You all know how much Date with Delhi loves the city of the Mughals! Old Delhi is all about a magical world that continues to live on today. Be it the mosques and monuments or the several modern-day eateries with seeds embedded way back in the times of the Mughal royal courts. There are stories intertwining with love, hatred, envy and war, each character no less intense than the other. I often wonder how it might have been to be born in those times. But alas, I was born in more modern times, closer to the article’s second best reason to visit Delhi. 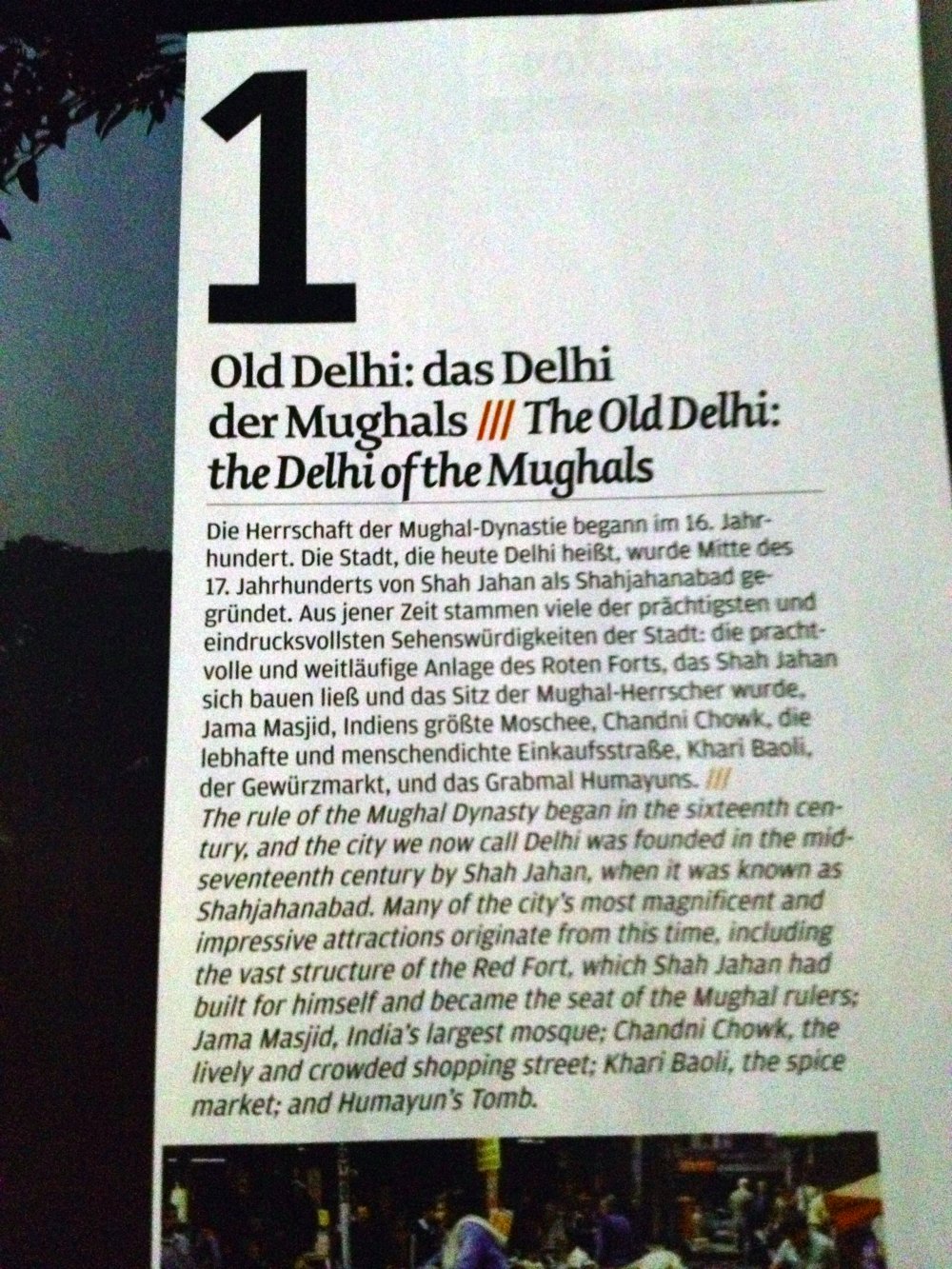 New Delhi: The Delhi of the British

The New Delhi built  by the British was the new face of a nation on the brink of freedom, democracy and development. So the buildings, roads, avenues and monuments in a modern Delhi had to match up to this newness. Read all about what Wanderfool has to say about the Delhi of the British, more commonly known as Lutyen’s Delhi.

Next our article points out another favourite hang-out of ours – Hauz Khas. Haven’t been there? Then you definitely must! Hauz Khas is one of those urban localities that has a bohemian feel to it. You can find the most fashion forward clothes boutiques, quaint cafes, handicraft stores, and even the one-off antique seller. It is the go-to place for the eclectic sorts, and a place to draw energy from. The Village has a lovely deer park that is a meeting point where musicians come together every other weekend to celebrate music and dance. But for me the cherry is the Hauz Khas Madrasa right at the end of the road, the beautifully tranquil lake surrounded by ruins of an old university complex built in the Tughlaq era. You can find more posts about Hauz Khas Village on Date with Delhi.

A hotel with a history: The Imperial Hotel

Now, this was one that I had never come across, so of course, it fueled my curiosity and I had to find out more. Turns out that the hotel was designed by an associate of Edward Lutyen around the same time that the latter was designing New Delhi. The hotel is in the heart of the capital, near the famous Janpath. Wikipedia tells us that this was the hotel where Nehru, Gandhi, Jinnah and Mountbatten discussed the fateful Partition of India and creation of Pakistan. The hotel has since been given a face lift and has hosted many a celebrity that visited Delhi.

Update: Came across this article that talks about the hotel & its historical significance.

Unfortunately the snap is hazy, but I was flying, remember? In any case, the building featured here is the Delhi Art Gallery which in the last two decades has become a highly acclaimed platform for leading artists from all over India. The gallery hosts several exhibitions and is a sort of museum that highlights art originating in all parts of the country, preserved over the years. Of course, there is so much more to the art and culture scene in Delhi, be it the numerous other art and photography galleries that host exhibitions throughout the year, theater and dance showcases that promote new artists, handicrafts fairs that provide new platforms to artists from across the states or street art workshops that help develop new avenues of expression. In Delhi, art feels like part of everyday life and there is so much variety to choose from.

An excursion to Agra and the Taj Mahal

And finally, our article talks about Delhi being the gateway leading to Agra and the Taj Mahal, which is probably the biggest tourist magnet in India. I was thrilled to hear that there is now a new freeway connecting Delhi with Agra which cuts down the travel time by nearly half of what it took earlier. Have you been on that road yet? This will surely help promote travel towards Agra and Fatehpur Sikri, which were important cities during the Mughal rule. I do hope however, that tourists who flock to Agra would take a pause in Delhi and give the capital the due time to explore some of the great things that we so love.

So those were the Austrian Airlines’ top reasons for stopping by Delhi, and what will be yours?

What do you think, dear reader? Cancel reply