Do you know the name of this place in Delhi? 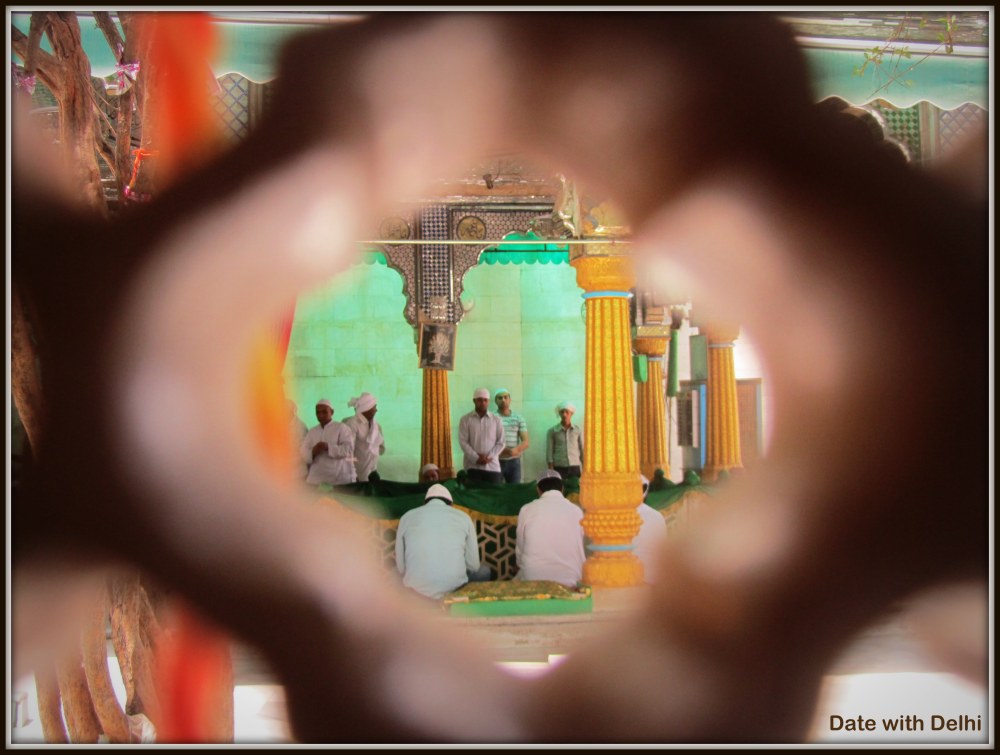 Update: This is the Dargah of Qutubuddin Bakhtiyar Kaki in Mehrauli, Delhi…the same Sufi saint after whom the Qutb Minar was named! He was the disciple of the Khwaja Moinuddin Chishti who is revered at Ajmer, and himself became a highly venerated figure in Delhi’s Sufi culture. Many of the later Mughal kings were ardent followers of the peer, choosing to be buried humbly near the saint instead of building majestic mausoleums for themselves. (Other famous Delhi saints of the Chishtiya order- Hazrat Nizamuddin and Nasiruddin Chirag-e-Dehlavi, come from the same line as Qutubuddin Bakhtiyar Kaki, the first one to set up base in Delhi)

The Dargah still remains a place of immense faith among followers, almost 800 years after the passing away of Bakhtiyar Kaki. He made a massive impact on Sufism and in fact on Islam in India. The saint preached the values of universal love for all, broadening the vision of Islam in the country- so far propagated only by the swords of invaders. Sufism became an important movement which attracted hundreds of Indians from both the Hindu and the Muslim spheres, particularly during the thirteenth and fourteenth centuries. Even today its influence is seen on India’s secular values, and, of course, in Bollywood music 🙂

What do you think, dear reader? Cancel reply